When you look for information about Costa Rica, you will very quickly find a lot about how this small country is a tropical paradise. Costa Rica is densely biodiverse with a great variety of weather and activities. But there is a lot more to Costa Rica besides nature. 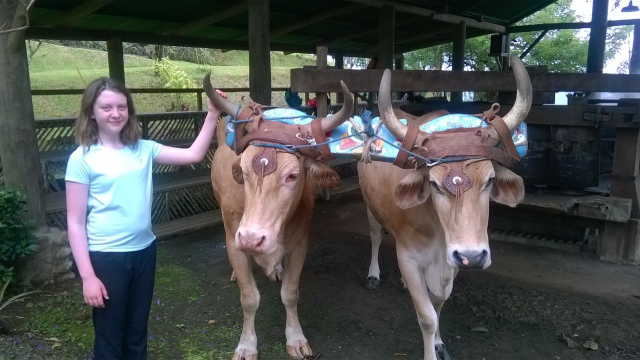 Answering the question of “What is the culture of Costa Rica?” could take us a long time, because there is a lot to say! But we will highlight the most important and fascinating elements of this country’s people and culture in this article. By the end, we hope you will be convinced of the richness Costa Rica has to offer you and your students and/or children.

What Are People from Costa Rica Called?

Costa Ricans are called Ticos and Ticas. Why? Because Costa Ricans tend to use a lot of diminutive suffixes when they talk, in particularly, they use “tico” and “tica.” For example, when they want to say a little bit, they would say “poquitico” instead of “poquito” as they would say in most other Spanish speaking countries.

How Many People Are in Costa Rica?

Costa Rica has a population of 5 million inhabitants. This number grew considerably in the past two decades. Still, it has slowed down, and studies suggest Costa Rica might never reach a population of 6 million. Currently, Costa Rica’s fertility is the lowest in the continent, with only 1.7 births per woman, only surpassed by Canada.

Where Do Most People Live in Costa Rica?

Half of the Costa Rican population lives in what is called The Great Metropolitan Area, located in the central part of the country. This area is also called the Central Valley because it is a big valley surrounded by volcanic mountain ranges.

What Language Do People Speak in Costa Rica?

The official language in Costa Rica is Spanish, and basically, the entire population speaks it. There isn’t a Spanish dialect that is spoken in the country. Still, there is a particular accent on the way Ticas and Ticos speak. However, the Costa Rican way of speaking Spanish is considered one of the clearest along with Colombians.

A small percentage of the Costa Rican population on the Caribbean Coast also speak Patois or Mekatelyu, which is a kind of English Creole similar to the Jamaican Creole.

Also, there are still some indigenous populations that keep their native languages, specifically the Bribri, Ngöbe, Cabecar, Buglere, and Maleku.

How Many People Speak English in Costa Rica?

Official numbers say that close to 11% of the Costa Rican population speaks a second language, and 92% of them speak English. But one thing that Ticas and Ticos will always do is try to communicate, so even if they do not speak English, they will try to talk to be friendly to foreigners.

How Do People Dress in Costa Rica?

The Costa Rican folkloric women’s attire consists of a colorful, long, and wavy skirt with a shoulderless blouse that has shirred fabric around the chest. Traditional men’s attire is pants (black, jeans or white) with a white shirt, a kerchief around the neck, a white brimmed hat called chonete, and a big and colorful belt, usually red. Both men and women wear leather sandals.

But that kind of outfit only represents the Spaniard influence on Costa Rica’s culture. Nowadays, you will mostly see it at folkloric festivals, school events, or touristic destinations. There, people dress in traditional clothing to represent Costa Rica and to perform traditional dances to Costa Rican music. 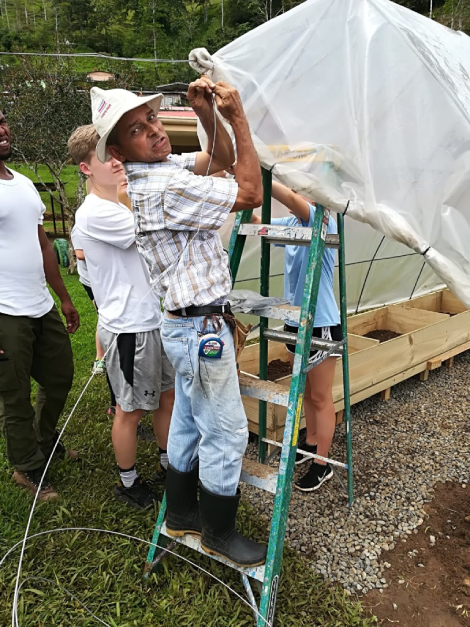 Today Ticos dress like in any westernized country, including the use of jeans, sneakers, and t-shirts for both women and men. Maybe the most impressive thing you will see about Costa Rican’s way of clothing would be that no matter how hot it is, they can still manage to wear jeans and look fresh.

How Do People Get Around in Costa Rica?

That is why there are more than 230 cars per 1000 inhabitants in Costa Rica, making the country third in Latinamerica on vehicular density.

What Do People Eat in Costa Rica?

For breakfast, besides the nice warm cup of coffee, Ticos, and Ticas like to eat the famous gallo pinto, or spotted rooster, which is rice and beans mixed. The pinto comes accompanied by white bread, eggs, plantains, and/or sour cream.

For lunch and dinner, it is very common to eat a casado, or “married”. The casado is a big meal composed of rice, beans, a piece of meat (chicken, fish, pork, or beef), salad, and sweet plantain. It also comes with something called picadillo, which consists of chopped and mixed vegetables like potatoes, green plantains, or squash.

A very important meal for Costa Ricans is the Cafecito hour. Around 3 pm Ticos and Ticas gather to drink a cup of coffee accompanied by white bread or other types of sweet or savory pastries. 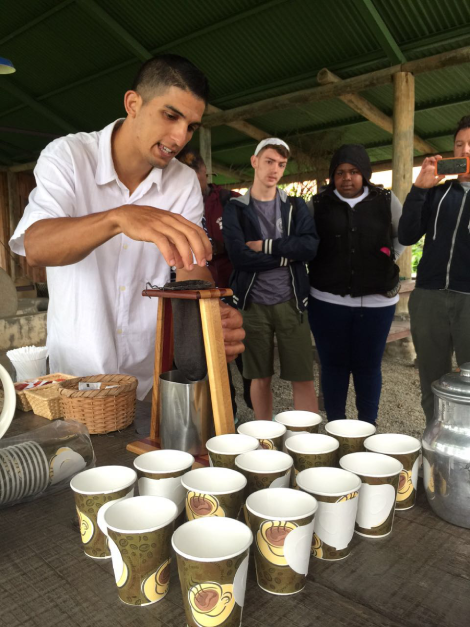 If there is a special celebration, like a birthday, first communion, anniversary, etc., Costa Ricans tend to prepare a dish called arroz con pollo. The name of the dish translates to rice with chicken, and it usually comes accompanied by refried beans and a salad. There are many other traditional dishes in Costa Rican culture. Two well known are tamales, a traditional dish prepared around Christmas time, and spaghetti squash empanadas, a traditional pastry for Easter.

What Do People Do for Fun in Costa Rica?

Just like in most Latino countries and cultures, Costa Ricans love to spend time with family and friends, and almost every activity they undertake includes lots of them.

When it comes to sports, Costa Ricans love soccer, and they are committed supporters and followers of the National Team.

What About Religion in Costa Rica?

Around half of the Costa Rican populations define themselves as Catholics, and another quarter of the population says to be non-catholic Christians.

What Are the Different Ethnic Groups and Cultures That Make Costa Rica’s Culture?

Recent studies by the University of Costa Rica revealed that the genetics of the 21st century Costa Ricans are mainly composed of four ancestries: the European, the African, the Amerindian, and the Asian. The studies concluded that Costa Ricans are 45.6% European, 33.5% Amerindians, 11.7% African, and 9.2% Asian.

What Are Some Costa Rica’s Traditions and Festivities That You Should Know?

Depending on where you are in Costa Rica, you will find and celebrate different festivities. But there are a few that gather the country in unison celebration.

One of them is the Pilgrimage to the Virgin of Los Angeles, or in Spanish Romería de la Virgen de Los Ángeles. Every August 2nd, during the Romeria, Catholics from all over Costa Rica walk from their towns to the Cathedral de Los Angeles, located in the central canton of Cartago province. Many Costa Ricans undertake an arduous trip over many kilometers through Costa Rica’s mountainous roads.

Another reason that unites Costa Ricans is their pride for their independent and peaceful country.

Every September, Costa Ricans celebrate their independence from Spain, which occurred in 1821. On September 14th at night, Ticos and Ticas have the festival of lanterns to remember those who pressure Central America’s 19th Century leaders to sign the Act of Independence.

Independence Day is September 15th. On this day, you will find parades in every center of town where school children dance to the rhythm of drum bands as they march their town’s main streets.

In Summary: There Is A Lot to Costa Rica’s Culture and People

We at Costa Rica Explorations are delighted that you are looking a little more in-depth into what Costa Rica has to offer. As you have read, Costa Rica is also very rich culturally.

We hope that after learning more about Costa Ricans and their rich culture, you won’t doubt that this is the perfect destination for your students and/or kids to travel and experience a life-changing trip.

Contact Us to Plan a Cultural Trip to Costa Rica