Costa Rica is a tiny country, only the size of the US-state West Virginia or the country of Denmark, but there are many reasons why it is a renowned country around the world. You might have heard about Costa Rica’s efforts to protect the environment or maybe the fact that it doesn’t have an army. But let’s discuss Costa Rica’s education system and how it has been and continues to be an example for the world. 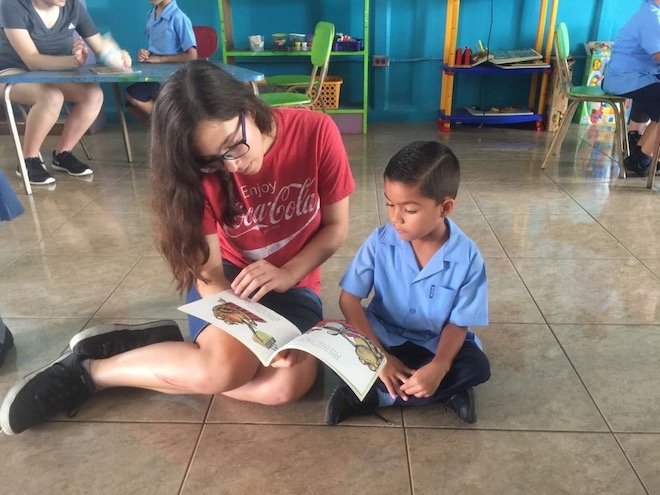 In Costa Rica, less than 4% of the population older than 15 years old doesn’t know who to read and write. UNESCO (United Nations Educational, Science and Cultural Organization) considers that a country is free of illiteracy when less than 5% of the population 15 and older can’t read or write.

Costa Rica has always put education as a priority when it comes to national policies. Since the 1869 constitution, elementary school, which is kindergarten through sixth grade, has been free, mandatory and paid for by the government, a decision that has been kept in every single constitution since.

But it was in 1949 that Costa Rica got serious about education. Back then, after a very short civil war due to electoral fraud, the leaders of the country put together a constitutional committee that created the 1949 Costa Rica’s Constitution that rules the country, currently. In this new constitution, many important initiatives were established, but probably the most important ones were the following:

It is because of this historic decision that the previously mentioned literacy statistics became possible. Still today, only preschool and elementary school are mandatory, but every single child between the ages of 4 and 17 that lives in Costa Rica, Costa Rican or not, will be accepted at a public preschool, a public elementary school or a public high school. He or she will receive an education without cost, to ensure, as much as possible, that every child could have equal opportunities in life.

How is the education system in Costa Rica?

The structure of Costa Rica’s education system is a little different than what happens in the USA and other countries in the world.

Preschool starts at age 4. It was made mandatory as recently as 2018, and then it was also changed to a three-level program if parents wanted their children to be admitted into elementary school.

Primary school consists of 1st to 6th grades, and all of those grades are also mandatory for every child in Costa Rica.

In secondary school, or as it is known in the USA “highschool”, grades go from seventh to 11th. Furthermore, secondary school is divided into two groups: Basic and Diversified.

“Basic” secondary school grades are 7th to 9th grade, and it is essential because many job positions will only hire people that have finished and graduated from basic secondary schooling.

Diversified secondary education involves 10th and 11th grades, and in some schools, 12th grade. To graduate with what is called in Costa Rica High School Bachelor’s Degree, students have to pass general tests to prove they have the necessary knowledge a general education should have given them. Those schools that have the 12th grade are technical schools, where students also learn a trade, like how to be a tourist guide or how to be a secretary. 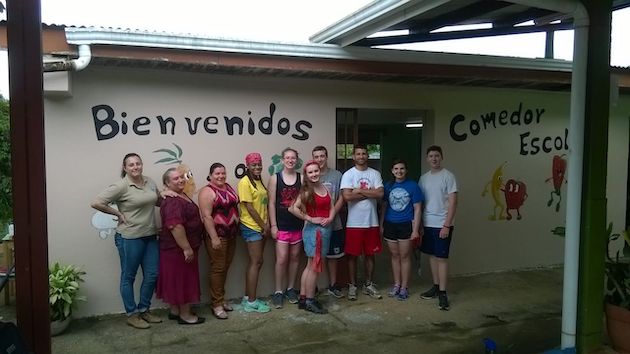 There are many public and private schools for all levels in Costa Rica. A lot of the population with middle and higher incomes have opted to put their children in private schools, where there could be some up-sides like smaller class sizes and extracurricular classes and activities, which also means children are longer in school allowing the parents to go to work knowing their children are being taken care of.

Recent studies show that close to 35% of the Costa Rican population between 18 and 24 years old attend higher education, and one-third of that population goes to a public university.

The most important and exciting aspect of Costa Rica’s education culture is that Costa Ricans will never consider that education is only for the wealthy. To the contrary, there is a general understanding that educated people can only make the country better and the communal living easier and happier.

As an effort to reinforce the value of education for all, the government has established that the use of uniforms in school is mandatory. Even private schools might have their own uniform, but they will still enforce it. The use of uniforms only aims to try and make sure the students feel like equals, independent of their economic status.

In the same manner, public or private schools have to follow a standardized curriculum established by the Ministry of Education, which means the students have to use the same books, even though there are freedoms that private schools are allowed to take.

To ensure that the cost of uniforms, school supplies and books stay as affordable as possible, they are tax-free, and some of these items are even subsidized by the government.

To make sure everyone has access to schooling, the government has several projects to cover the cost and supply transportation for students who live far away from their school. This also applies to communities where there is only one school for students living in a very widespread area.

Also, for the Costa Rican population, the mission of the educational system is much more than merely passing information along to the students. It also wants to give students skills as well as safety and opportunities. Public schools have school cafeterias where subsidized and standardized meals are served to the children to guarantee that they at least have one good meal a day. Some schools (in impoverished parts of the country) even provide these benefits during school vacations. Many private schools have also opted for this experience as well, and they serve the same meal to all of their students (paid for by parents) to not only make sure they all get the same nutritious meal, but they also learn good eating habits.

And when it comes to habits, most Costa Rican schools also try to go the extra mile by implementing daily activities like brushing teeth after meals and washing hands after the break and before going to class.

How can a student trip benefit from Costa Rica’s educational system and culture? 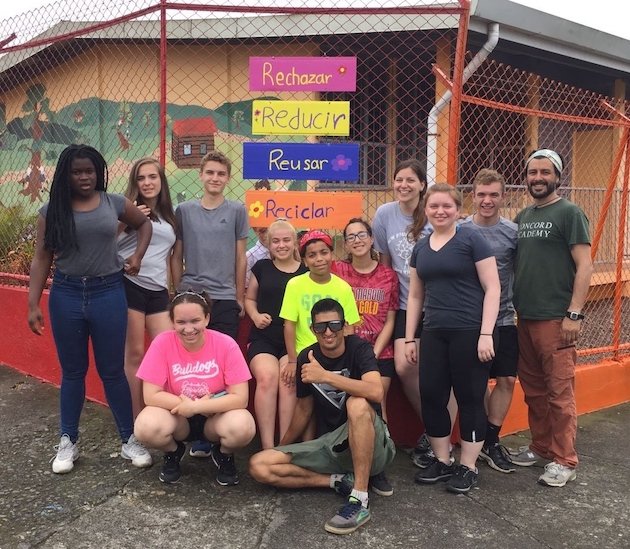 Our programs can include not only a visit to a public Costa Rican school, but they can also integrate the visiting students to a classroom where they can help Costa Rican students practice their English with a native speaker, and at the same time they can learn or practice some Spanish.

Also, the student travel program can include a project to help the school achieve something that they have wanted for a while but haven’t been able to raise the funds needed to accomplish the project. Some of those projects could be making sidewalks safer, creating gymnasiums, painting a classroom or supporting other programs like BANDERA AZUL. Bandera Azul is a government-run program that gives recognition to schools that prove they are changing the culture of their students, teachers, and administrators towards protecting the environment through creative but strict controls of their institution impact in their surroundings.

Costa Ricans take much pride in their country’s educational system and rightfully so. Costa Rica Explorations enjoys partnering with local kindergarten, elementary and high school to help collaborate with the institutions’ to achieve their annual goals through our service-learning programming, but also this collaboration gives our visiting students the opportunity to see firsthand how Costa Rican schools are structured and run and allow them to gain a new perspective as they compare their personal school experiences in their home country with those in Costa Rica.